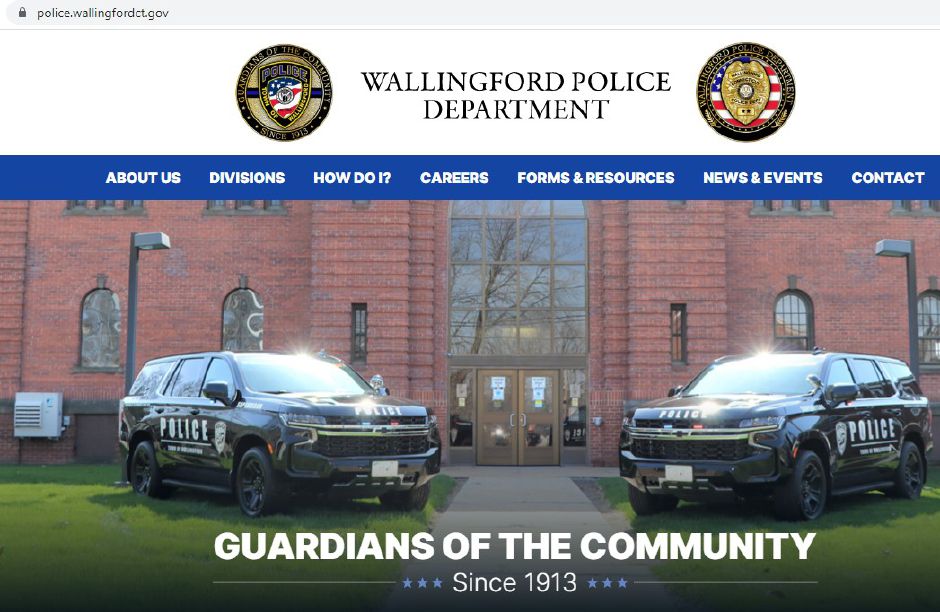 WALLINGFORD — The city’s police department website has undergone an overhaul which police chief John Ventura hopes will foster engagement between the service and the community.

It’s a big change for the department, whose website was just a page on the city’s website.

“Before we redesigned the website, the only website assigned to the agency was part of the city’s website and it only had a few forms and phone numbers. It really wasn’t a website, it was kind of a directory,” Ventura said. “We wanted to have a better voice for what we do and show what’s going on at the agency and make it user-friendly for the public to interact with us.”

The department contracted Web Solutions of Wallingford to design and build the new site, which recently went live.

The address of the new site is https://www.police.wallingfordct.gov.

“He has forms you can download for carnivals or bazaars or church things like bingo permits, so instead of having to go to the police department, they can now go online and access to some of these forms,” ​​Ventura said. “A lot of people call the main office for information, like when you can get fingerprints for jobs or gun licenses, and now that information is on the website.

“The department wanted to have a fresher look and they revisited what they had on it,” Mayor William W. Dickinson Jr. said, providing the information people are looking for.

The site offers several forms that can be downloaded and printed, including civil complaint forms in English and Spanish, but they must be submitted in person or mailed to the department. There is also the form to submit an anonymous tip that can be submitted online.

It also contains sections on each division of the department, instructions on how to do things such as hiring an agent and obtaining accident reports, and a news and events section with pages that list department events, road closures and press releases.

The news and events section includes all press releases issued by the department, and an area for photo galleries includes events such as officers attending No Shave November for charity and photos of the latest class of department recruits. “People can see what we’re doing, it gives us a better voice,” Ventura said. “We’re really excited to have a platform now.”

Dickinson said he believed the website and all city government websites provided important information to residents, but he had a warning: “viewers beware.” It’s easy for a resident to be misled by a fake website posing as an official city website, he said.

“There is always a security issue,” he said. “At one point there were two or three websites that claimed to be the Wallingford Police Department and weren’t the police department at all.”

URLs for city sites will always end in .gov, Dickinson said, which is a way to tell you’re on an authentic city website.

Social media also provides the opportunity for almost anyone to create a page that claims to be a city page but isn’t, Dickinson said.

“Social media allows anyone to post anything, so it’s viewer beware,” he said. “We try to be careful about maintaining security, being responsible and presenting ourselves as a government.”

But there are some things that still require a trip to the department or to the town hall, he said.

“Typically, when people need to do business with a service, we really need more information than can be comfortably delivered in that format,” Dickinson said.