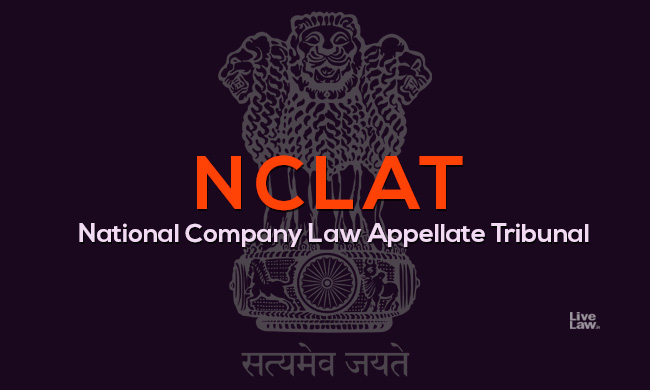 The time period under Regulation 35A is a directory and is not mandatory: NCLAT, Delhi

National Company Law Appeals Tribunal (NCLAT) main bench consisting of Judge Ashok Bhushan, Dr Alok Srivastava, Ms Shreesha Merla in the case of Aditya Kumar Tibrewal vs Om Prakash Pandey held that the period of time prescribed under Rule 35A of the IBBI Rules (CIRP) (CIRP Regulation) is directory in nature and is not required.

Professional resolution of M/s Sri Balaji Forest Products Private limited (Balaji Forest) appealed under Section 61 of the Insolvency and Bankruptcy Code 2016 (IBC/Code) against the order of 26.02.2021 of NCLT, Kolkata, in which NCLT rejected the request of RP under section 43, 45 read with section 49 and 66 of the IBC finding that the same is affected by regulation 35A of the CIRP regulation.

CIRP Regulation 35A states the following;

“35A. Preferential and Other Transactions. – (1) No later than the seventy-fifth day from the date of commencement of insolvency, the resolution practitioner shall form an opinion whether the debtor company has been subject to of an operation covered by Articles 43, 45, 50 or 66.

(2) When the resolution professional is of the opinion that the debtor company has been subject to operations referred to in Articles 43, 45, 50 or 66, he must take a decision no later than the one hundred and fifteenth day from the beginning of the resolution. insolvency Date,

(3) Where the resolution professional makes a decision under sub-regulation 2, he must seek appropriate relief from the contracting authority no later than the one hundred and thirty-fifth day from the date of commencement of insolvency .”

Subsequently, Balaji Forest’s audited balance sheet was finalized and as a result, RP filed an application under Sections 43, 45 read with Sections 49 and 66 of the IBC, which was denied by NCLT.

After hearing from the parties, the NCLAT along with other questions have formulated two specific questions which are as follows;

I. If a request from the resolution professional relating to a transaction covered by Articles 43, 45, 49 and 66 must be filed within the period of the 135th day from the date of the beginning of the insolvency and in the event that the application is filed beyond this period, the same is likely to be rejected due to non-compliance with Regulation 35A of the CIRP Regulations, 2016?

II. Is the time limit prescribed under Rule 35A of the 2016 CIRP Rules mandatory or directive?

NCLAT observed that the phrase used in Rule 35A “must form an opinion” “will make a decision” and he “will contact the supervisory authority“and it must be determined what is the intent and purpose of the use of the expression”to have to” in Rule 35A.

The NCLAT further observed that the rules of statutory interpretation for determining the true nature of a legislative provision and whether it is mandatory or directive are well established and cited established law in the case of Montreal Street Railway versus NormandinAIR 1917 PC 142 and Lalaram v. Jaipur Development Authority(2016) 11 SCC 31.

The NCLAT further relied on the Supreme Court’s decision in the case Surendra Trading Company Vs. Juggilal Kamlapat Jute Mills Company Limited and Ors(2017) 16 SCC 143 where it held that the fourteen-day period provided for in article 7 of the code for admitting or rejecting a request to open an insolvency resolution process is not mandatory and of a nature guideline.

Therefore, the NCLAT concluded that;