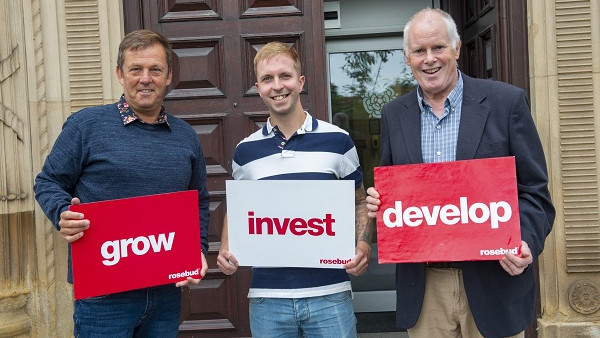 A Preston-based company went through a management buyout (MBO) with the help of a Rosebud loan.

He is looking to increase his full-time workforce after suffering the MBO.

It was started in 2010 by Peter Ward and was recently bought by Preston businessman Danny Garratt, who also owns the Preston Tuition Centre.

The MBO is funded by a loan of £55,000 from Rosebud. In addition to facilitating the purchase, the loan will also be used to invest in the growth of Home Handbooks over the next few years, which includes increasing the company’s workforce.

Rosebud is implemented by GC Business Finance and owned by Lancashire County Developments Ltd (LCDL), a wholly owned subsidiary of Lancashire County Council. It aims to support the growth of Lancashire businesses and the local economy, offering loans between £10,000 and £300,000 as well as business support.

Garratt was introduced to Rosebud by Cassim Patel of the Lancashire Finance Access Service, who approached Rosebud and arranged a meeting with Rosebud fund manager Jonathan Nelson.

Garratt added, “Jonathan was eager to learn about the business and he understood the opportunities for growth. He was very helpful throughout the application process and proactively worked with me to close the deal.”

It is also Garratt’s ambition to expand the business geographically. He said there had been demand for the textbooks in areas such as Lytham and Lancaster and that expansion would likely require the recruitment of an additional staff member.

Jonathan Nelson said: “For Home Handbooks, Danny’s purchase of the business from Peter has the potential to unlock true expansion.

“I’m proud that Rosebud was able to facilitate this deal and look forward to continuing to support Danny in growing the business over the next few years.”

Focus on the UC Hospitality case study: Avaya and the old mill