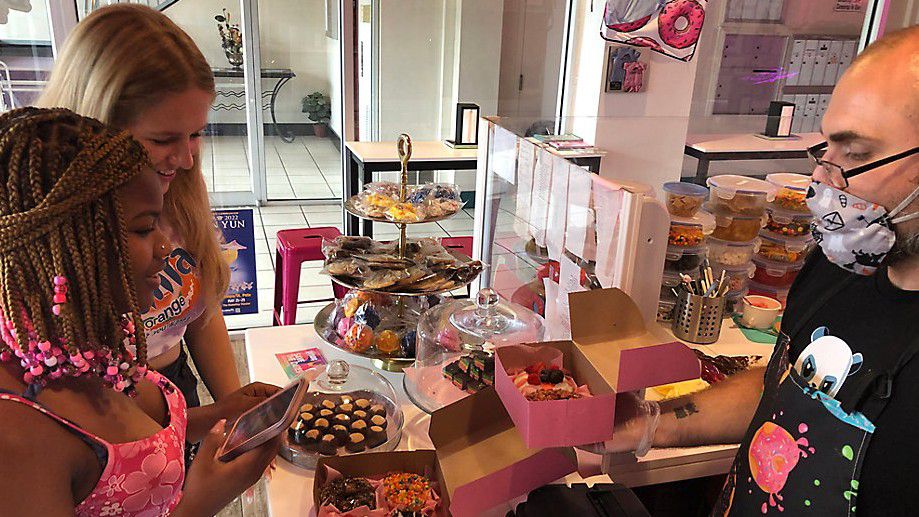 ST. PETERSBURG, Fla. – John Miller owns Daddies Donuts and Delights with his husband Jerome. The couple are thrilled to celebrate their first Pride Month since opening their business.

“It’s our first Pride as a company, so I think it’ll be pretty good. People seem to like it so far,” he said.

Nine months ago, he, his husband Jerome and their friends Josh and Joel turned the weekly baked goods they made during the height of the pandemic into Daddies Donuts & Delights, a new local business.

“I have grown children and I’m a grandfather, so it’s like being at dad’s,” John said. “It’s fun, looks like a fun place to go.”

And he says there’s only one place they wanted to put this “fun place to go,” right in the heart of St. Pete’s Central Avenue business district.

“This is the place to do it. That’s the problem, we haven’t had any backlash or anything. Everyone is so welcome, and so accepting whether they’re allies or they don’t care, St. Pete is just a great town like that,” John continued.

According to the National LGBTQ Chamber of Commerce, there are 1.4 million LGBTQ-owned businesses in the United States. Locally, Saint Pete officials say LGBTQ businesses make up roughly just over 12% of all small businesses. That’s a rough estimate, as the city is just starting to track LGBTQ in business this year. Additionally, the city has partnered with the Tampa Bay Rays to create an LGBTQ business directory.

“So we’ve been working on creating an LGBTQ business directory,” said Jim Nixon, LGBTQ Liaison in the Mayor’s Office. “It’s part of their diversity and equity program (The Rays). So actually have the LGBTQ business listings on their website under the Community Diversity website.

John and the other dad co-owners plan to be added to the list and hopefully reap the benefits in the near future.