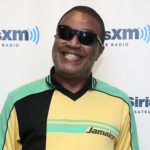 Downie joined Bob Marley and the Wailers in his late teens in the mid-1970s. He played keyboards on their albums beginning with “Rastaman Vibration” in 1976. Downie’s second album with the Wailers was the famous ” Exodus,” featuring his piano over enduring songs including “Three Little Birds.” He remained with the Wailers until Marley’s death in 1981. Downie played keyboards with other reggae notables including Junior Reid, Burning Spear and Steel Pulse, and he toured with Youssou N’Dour. In 2001, he released the solo album “Organ-D”.

Tributes are pouring in for veteran Jamaican keyboardist Tyrone Downie, who rose to prominence as a member of Bob Marley and the Wailers. Downie, who was reportedly ill, died last Saturday at Jamaica Hospital, his partner, Bernadine Simpson, told the Gleaner. He was 66 years old.

“He felt bad on Saturday night [November 5] and we took him to the hospital. He died in Jamaica,” Simpson explained.

Family and friends in the music industry are in shock over his sudden passing.

30 minutes of local SEO every week