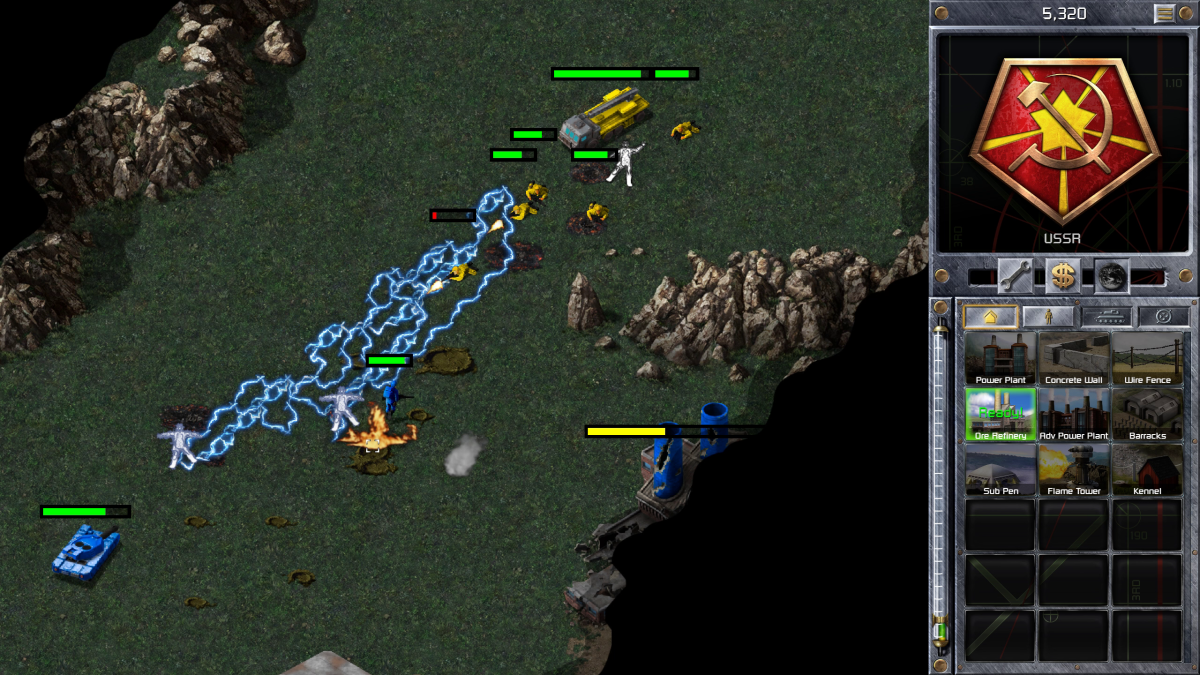 Great PC Gaming Moments are bite-sized celebrations of some of our favorite gaming memories.

Some mods take years to complete, improving the base game so much that it becomes the default way to play, or making a platform for something entirely new. Other mods, however, involve typing the word “TeslaZap” into a text file and saving it. Both are good.

I’m actually talking about an .ini file in this case, but an .ini file is just a text file used to store configuration variables to be read by executables. Some PC games, especially older ones, use .ini files to store things like a user’s control or graphics settings, or game variables. Find “config.ini” in the installation directory of a game was a little exciting, because it meant you could maybe change something that wasn’t in the settings menu, and you never knew what it might be. It was rarely anything interesting, of course, but once in a while you hit the jackpot.

I can’t think of a bigger .ini jackpot than the one discovered by players of the classic RTS game Command & Conquer: Red Alert. It’s called “rules.ini”, and it’s a rare configuration file that provides exactly what its name promises: all of Red Alert’s main game variables, buildings, and units. I doubt that many things could have excited me more as a child than discovering that my favorite game included a file containing the line “OreExplosive=no”, and that it was possible to change that “no” to ” yes”.

With Red Alert’s rules.ini file, you can make guns fire lightning bolts or unleash all naval units. You can even invent new units. I spent hours figuring out how to create planes that would do unnecessary dogfights. Red Alert players would share their rules.ini files with each other, and if you had identical versions, you could play network games against each other with the modified rules. Many happy hours have been spent sending and receiving mangled rules.ini files.

Red Alert also included a map builder and remains the easiest to mod RTS I’ve ever played. They don’t make them like they used to, do they? Well, except when they do. In 2020, I was pleased to find that C&C: Red Alert Remastered could still be edited with the same old rules.ini file.