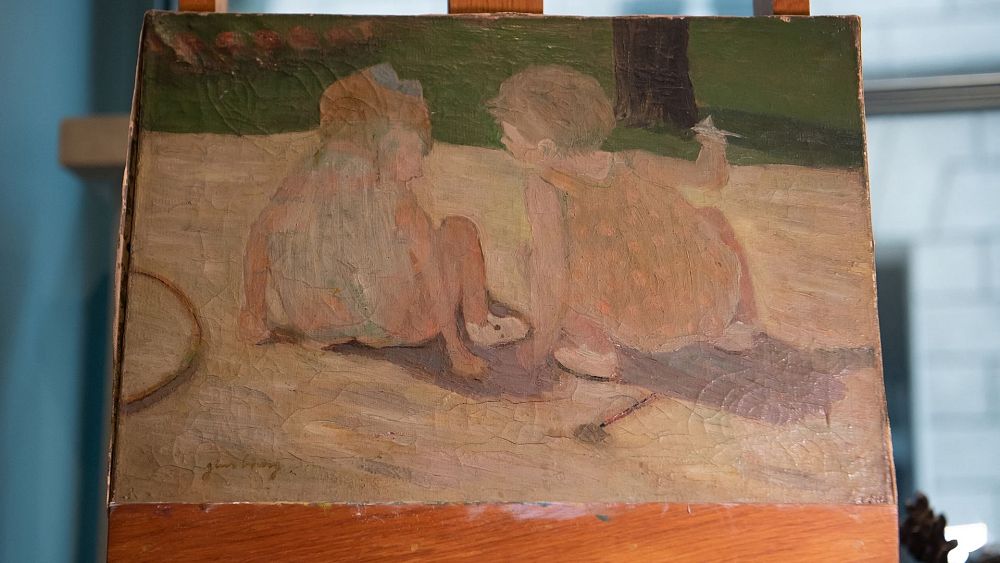 One of the five rare paintings by Serge Gainsbourg valued at € 30,000 auctioned in Paris

An extremely rare oil on canvas by Serge Gainsbourg, who reluctantly gave up painting for music, will be auctioned in Paris on November 19 by Crait + MÃ¼ller.

Estimated between 30,000 and 50,000 â‚¬, the painting, which represents Gainsbourg as a child and his sister, was offered in 1959 to the late singer Juliette GrÃ©co by the artist himself.

The auction is part of a larger sale of trinkets, furniture, works of art, crockery and jewelry belonging to Greco, who died at the age of 93.

This is a particularly unusual auction item given Gainsbourg’s history with the fine arts. Only five of his paintings are still in circulation – including this particular piece, entitled â€œEnfants sur la placeâ€.

Gainsbourg was once a budding artist

Prior to his decades of developing over 500 songs as one of Europe’s most generous composers, Gainsbourg studied at the Beaux-Arts and was a member of the AcadÃ©mie de Montmartre.

In 1954, at the age of 26, he abandoned his artistic activities, going so far as to destroy most of his paintings.

‘Children in the Square’ was offered to Greco, with whom he collaborated on ‘La Javanaise’, after the composer confided that “painting is (his) only true love”.

“Serge came to my house and said:” I burned everything, destroyed everything, I’ll give you this. It’s the only one that’s left, â€Greco explained in an interview.

â€œIt’s a very touching canvas. I love this painting. It was above my bed but I’m taking it into the house. It’s more than a painting, it’s part of it. To me. Would hurt if she disappeared. “

In 2015, Juliette GrÃ©co appealed to AFP after the disappearance of this painting from her home. He reappeared shortly after, presumably stolen by a loved one.

A greater dispersion of Greco’s memories

This week some 750 pieces by Juliette Greco will be auctioned off by the Parisian auction house Crait + MÃ¼ller with estimates for the smallest pieces well below â€œChildren in the Squareâ€, starting at â‚¬ 30.

The entire auction was coordinated by Julie-Amour Rossini, granddaughter of the singer.

Among the most unusual pieces, there is a Van Cleef & Arpels directory with the phone numbers of many celebrities from the Saint-Germain-des-PrÃ©s years, written by the singer.

All objects will be exhibited free of charge from November 17 to 19 at the Hotel Drouot in Paris.

I never planned to buy a cabin. Then I saw my grandfather’s old property in…