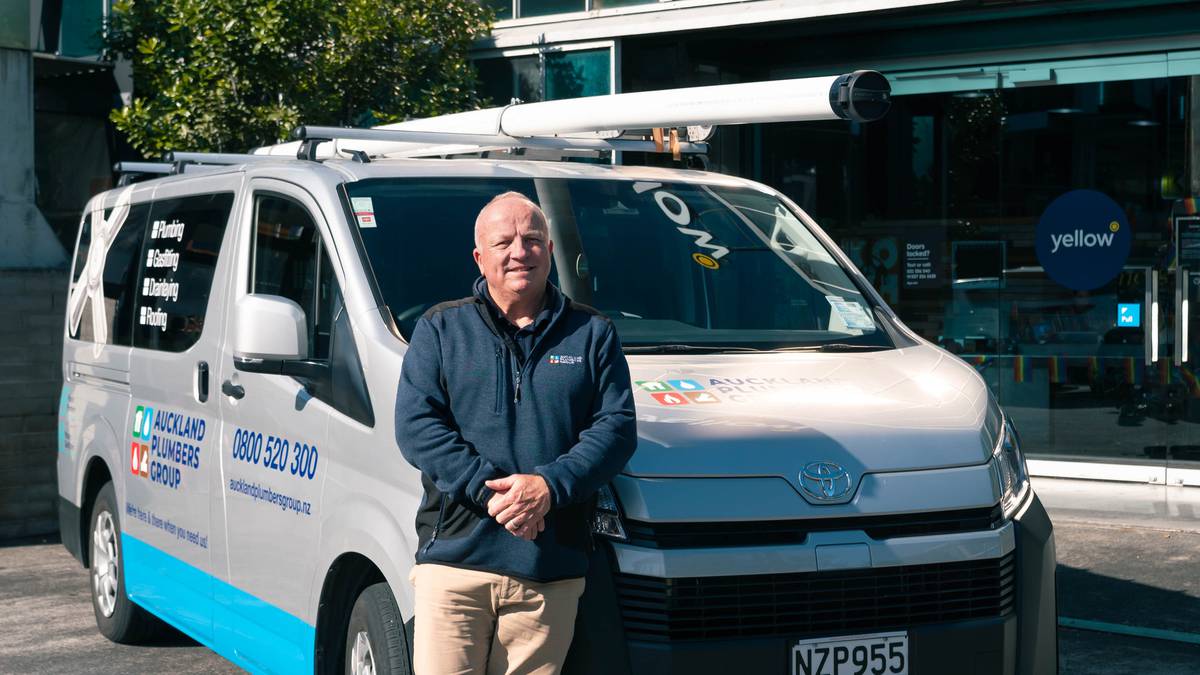 No blockages in this plumbing company

Andrew Durrans was interviewed by ZB’s Heather Du Plessis-Allan on plumbing issues. For a few days after, he was called by other plumbers, wanting to know if he was really advertising in the press, as he had said on the radio.

After all, printing is dead, isn’t it? The whole world is going digital. At least, that’s what Durrans found most of its competitors think.

“I happened to mention that we were getting a lot of action from our print ad with Yellow,” said Durrans, group manager of Auckland Plumbers. “For the next three or four days, other plumbers would call me and ask if it was true.”

The printed vehicle is the Yellow directory, still very present after many years and considered essential for its business by Durrans. This is not the only marketing that the group undertakes with Yellow but, as he explains, it is the most effective.

“We have worked with Yellow for years and over the last 5 or so years they have transformed into a marketing agency specializing in digital, print and other forms of innovation. I strongly believe in the importance to have good relationships with customers and suppliers – we work closely with Yellow on our marketing.”

What started a few years ago as a fairly simple print ad campaign with Yellow has now grown to include many aspects of marketing – Print, Google Ads, GDN, SEO, Website Blogging, Landing Page Optimization , etc. Durrans meets with the Yellow team on a monthly basis and monitors their marketing activity in an ever-changing market.

“We use unique phone numbers when we register in the yellow directory,” he says. “So when we get a call on one of those numbers, we know where it’s coming from. Because we can track everything, I can tell you that we get fewer calls per dollar from Google Ads than from Yellow We are without a doubt where we get our best return on investment.”

Auckland Plumbers Group has Central, North, East, West and South Auckland as its geographic market. Their services include all forms of daily and emergency plumbing, gas laying, drain laying, drain unclogging, hot water and roofing, with a focus on maintenance rather than new construction. .

“So a lot of our clients are landlords,” he says, “and more likely to use the yellow directory – and they do. Obviously younger people tend to use more modern methods, but landlords tend to be seniors, by definition – and I want them to see our brand in that.

“Of course we also use digital; but I think there are a lot of people who feel a bit bombarded by digital ads. Just the other day I decided to turn off my email for a half a day. When I turned it back on, there were 67 emails waiting for me – and half of them were advertisements for things I neither needed nor wanted.”

Durrans has owned Auckland Plumbers Group for nine years, during which time he has grown the business significantly. When he took over, the company had four plumbers on the road, serving customers: “Now we have 13 on the road and a support team in the office (in Onehunga).

“When people ask where our offices are, I say we have 13 – and they’re always in different places. Plumbers just don’t need to be in the office; all the information they need and that come from their work are transferred digitally, so we’ve really embraced the digital age in that way as well.”

Yellow focuses on SMEs (small and medium enterprises), the engines of our economy; 97% of all New Zealand businesses have 20 or fewer employees and these 480,000 SMEs employ around a third of all Kiwis and account for around 29% of our GDP.

They are also among the hardest hit by the Covid-19 crisis – and Durrans says Auckland Plumbers Group has had to endure its business dropping to 25% of normal volume.

“It was a really, really tough time, but we got through it bringing the team together and we all made sacrifices; everyone gave at least a little – and we came out the other side with this. strong commitment to each other and to the company.”

Since only ‘essential’ work could be undertaken during the lockdown, the company had a long list of jobs for reopening doors and, with Yellow’s input, they have been filled ever since.

How to Create New Tabs in Firefox Dark Mode