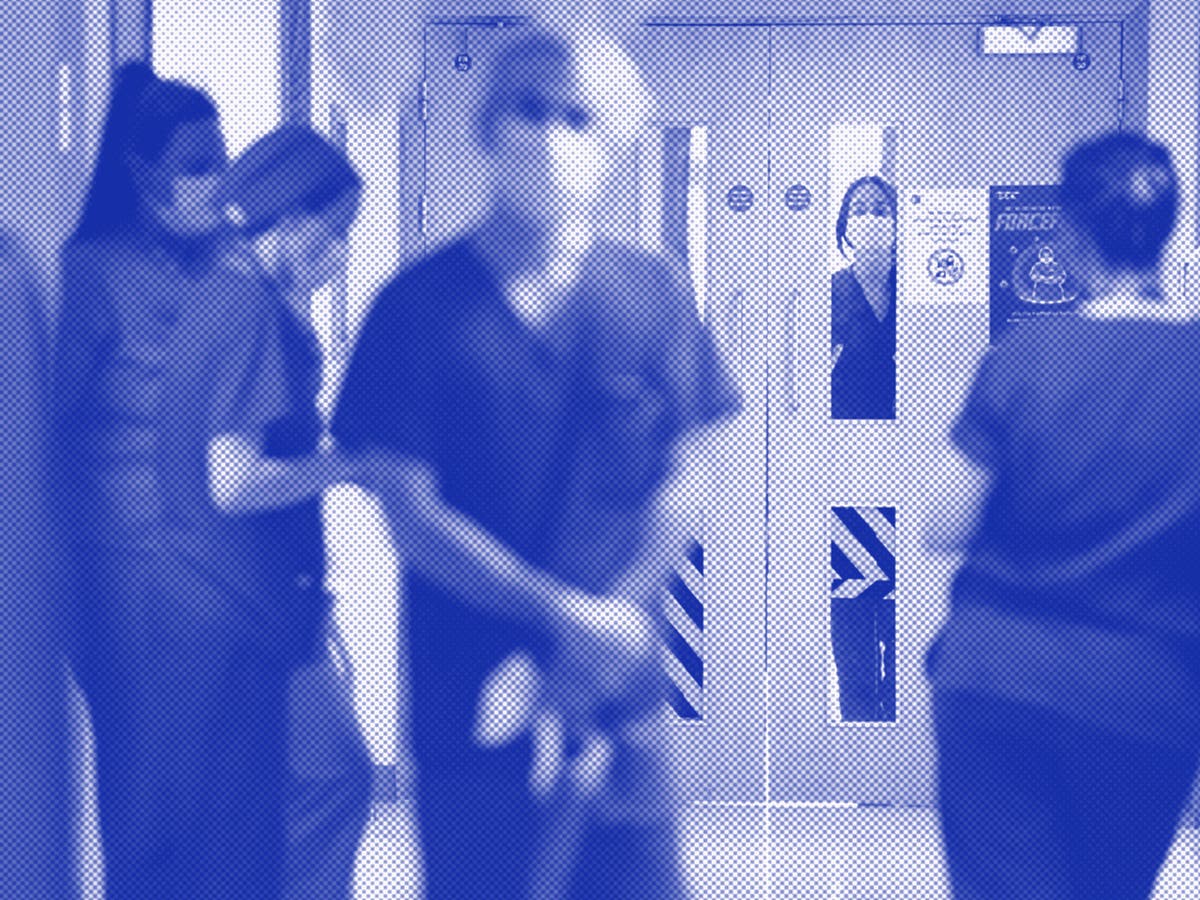 The NHS is struggling to identify which staff have not received a Covid shot following ‘gaping holes’ in hospital records, less than a week before the compulsory vaccination deadline, The Independent has learned.

Each health service worker must have received their first dose of vaccine by February 3 in order to have their second by the April 1 deadline. Although it hinted at a delay, the government has yet to announce an extension to the looming deadline.

Hospital managers are now trying to identify unvaccinated staff using their NHS numbers – a move criticized by experts as a ‘grotesque’ and ‘gross’ misuse of personal information.

In a January 21 email, leaked to The Independenttrusted leaders have been told by NHS Digital that previous methods of identifying unvaccinated staff through national bodies should be abandoned.

Heads of hospitals have now been asked to ‘trace’ the personal NHS numbers of staff members via a national database, called the Personal Demographic Service, which contains all patient information across the country.

The email stated: “The nation’s preferred bulk data download solution is no longer the fastest way for trusts to access their data.” He said the preferred option in a ‘rapidly changing context’ was for trusts to trace their workers’ NHS numbers, but added: ‘We are working hard to find a comprehensive longer-term solution that will avoid manual uploading Datas”.

A leader said the new request was the ‘most dubious I’ve seen in terms of data processing…staff are not our patients so we can identify their NHS numbers’. The chief asked why the national database would need staff cellphones and emails.

Talk to The IndependentDr Neil Bhatia, a Caldicott guardian (a person responsible for ensuring data protocol is followed in an NHS or other organisation) and an expert on data protection issues, said: “An NHS number is private information, and this is confidential information, so employers who access the [national data set] just to find out their NHS number is very wrong. But then it all got on our minds as Caldicott keepers. Your employer certainly shouldn’t have access to your NHS number, but of course that’s the only way to reliably match this information.

Dr Bhatia said access to the personal demographics service for reasons other than clinical need was potentially “inappropriate” and legal justification would be required. He said: ‘To start looking for people like a sort of telephone book, just to find out their NHS number, seems to me quite disproportionate.’

NHS England has previously said only Covid-19 vaccination status will be available to people’s employers. However, in the document, NHS Digital said hospitals “can pull Covid (and flu) reports”, and that “these can be pulled from the dashboard for use by the provider”.

Phil Booth, chief executive of Medconfidential, a campaign group focused on data protection, warned: “Far from being a simple check of personnel records, this has clearly been turned into a massive surveillance exercise. NHS England made it clear it was Covid, but now it looks like the flu too.

Last year the Department of Health and Social Care published new regulations allowing NHS England to release patient data that would otherwise be confidential to health and care organisations. The Control of Patient Information Notice (COPI), issued by the Health Secretary, allows NHS Digital to share confidential patient information with organizations for purposes related to Covid-19.

Mr Booth said: “Using the COPI to mount this surveillance is bad enough. Trying to make it perpetual for things like the flu is a farcical abuse of power. He added: “When you put a process like this in place, it’s very, very hard to get rid of.”

Trust leaders have also raised concerns that next week’s deadline means they will lose “an overwhelming majority” of black and ethnic minority staff, trusts in London and the West Midlands being likely to be the hardest hit.

The Independent understands that approximately 84,000 or 95% of frontline staff are unvaccinated. A senior NHS source said around 40% of unvaccinated staff are black and ethnic minority.

A West Midlands trust manager warned: ‘No one has asked for the equalities assessment, and we will ‘massively’ sack black and ethnic minority colleagues, over white Britons, as a result of this exercise. Is this really what we want?

“No exceptions were made and no detailed understanding sought of trusts that have services in urban areas with a large [Black and minority ethnic] staffing group, and I think we’re going to have problems, and the inequities are going to deepen.

An NHS spokesperson said: ‘The process put in place to allow NHS trusts to collect data on the vaccination status of staff before new government legislation comes into force on April 1 relates only to data of Covid vaccination, and all appropriate data protocols and protective measures are being followed.”

The Department of Health and Social Care has also been contacted for comment.

Directory of Business Schools in Virginia