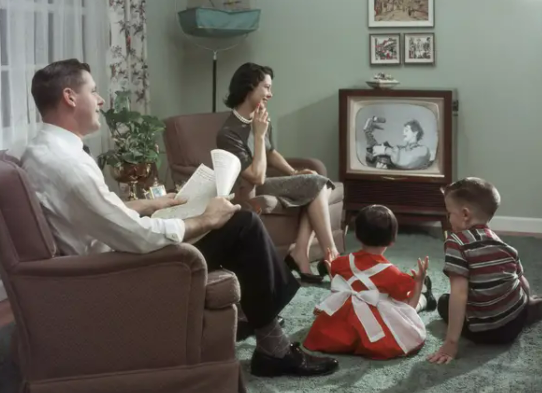 Living rooms are so 1950s: Throw away furniture and such to sweat a little

I live in my father’s house.

Well, not exactly, but given the footprint of my 988 square foot two-bedroom, one-bath home built in 1953 and a 6,249 square foot lot with a detached garage on the lane, I brings me close enough.

The first seven years of my life were spent in a house built in 1940 which was the first house my parents bought. It was 1,083 square feet with two bedrooms and one bath on a 5,749 square foot lot with a detached garage on the lane.

From internet postings of companies wanting to sell homes, I know that this home in Roseville is worth around $406,500, while mine is around $373,800. Based on square footage, my house is now worth $4 more per square foot than the house in Roseville.

There is also another big difference. Except for the times I’ve had an extended “guest” since I arrived 14 years ago, it’s been just me and the 988 square feet.

It’s a big difference from 1962, when we were a family of five living in a two-bedroom house with my sister on the way. It was about 200 square feet per person compared to the 988 square feet I have all to myself today.

My sister was home for the hospital for only three weeks before we moved into another house in Lincoln twice as big on a double lot that they paid $20,000 to buy.

You might think six people in a two-bedroom, one-bathroom house is absurd or unheard of this side of the year 2000, but that’s how many people lived in my house before she either seized and I ended up buying it in 2008.

Think about it for a second. Four boys and their parents in 988 square feet.

What raises this issue are two random sightings – one by a friend and one by myself. Shortly after I moved in in 2008, a friend passed by and couldn’t believe I had bought a house with only one bathroom and bedrooms so small I would struggle to fit in a big screen and king-size TV. which I neither had at the time nor even want to have one or the other even today.

My observation was made about a week ago when I thought I probably had too much space.

The largest room in my house is 13 feet by 19 feet, exactly a quarter of my 988 square feet of living space.

In the 1960s, such a room would have been referred to as the living room or the front room. This was where the adults gathered to talk. It was generally prohibited as a playground. It’s also where you find the TV you had to have the best behavior to watch any of five channels in glorious black and white with a console the size of a washing machine and a screen like a large atlas Rand McNally’s World Bound.

We also had a telephone chair in the living room with the prior shelf for a telephone book. Answering the phone was reserved for responsible adults or children with privileges. And you always answered it sitting in the phone chair, mainly because the cord was too short to sit anywhere else.

The front room or the living room, you may have understood, was reserved for serious business.

So, what is there, you ask me, in my living room? I don’t have a landline phone or television. I also don’t have a couch, loveseat, chair, or even a formal table.

I have three different weight benches, a rack containing two racing bikes, rack weights, two dumbbells, various exercise accessories such as medicine balls, kettlebells, bocce balls and my latest addition, a rower. The only piece of furniture itself is a chrome shelf with my semi-old-school CD stereo.

And, no, that’s not all my exercise equipment. I have my stationary bike which I use for spinning and not as a clothes rack in the guest room.

My exercise equipment isn’t the only “bleeding” thought in the guest room. This is where my standing desk, two filing cabinets and two shelves are, along with a TV and a chair.

My real office—a rolling tray that requires moving a few people who aren’t prone to hernias—is in the room originally built for meals. It’s my “office” with more shelves, a futon, and a cabinet that I use as a credenza.

And, yes, there is another shelf in my bedroom with the necessary bed and nightstand as well as another wardrobe.

Add to that the fact that I removed all the cupboard and cupboard doors and the only interior door is a fluted glass door on the bathroom that I just had to have a black toilet and it’s clear whoever designed the house in 1952 had no such use – or furnishings – in mind.

I’m sure if my dad was able to see my house today, he’d think I’m certifiable crazy. If for no other reason, I’m probably the last person on either side of the family suspected of spending 30-50 minutes a day exercising.

In total I have three chairs in the house if you don’t count the futon. As for a dining room or kitchen table, I don’t understand.

There was a time when I would have worried a bit about what other people thought.

But as I was told, if it works for me, who cares?

This column is the opinion of the editor, Dennis Wyatt, and does not necessarily represent the opinions of the Bulletin or 209 Multimedia. He can be reached at dwyatt@mantecabulletin.com