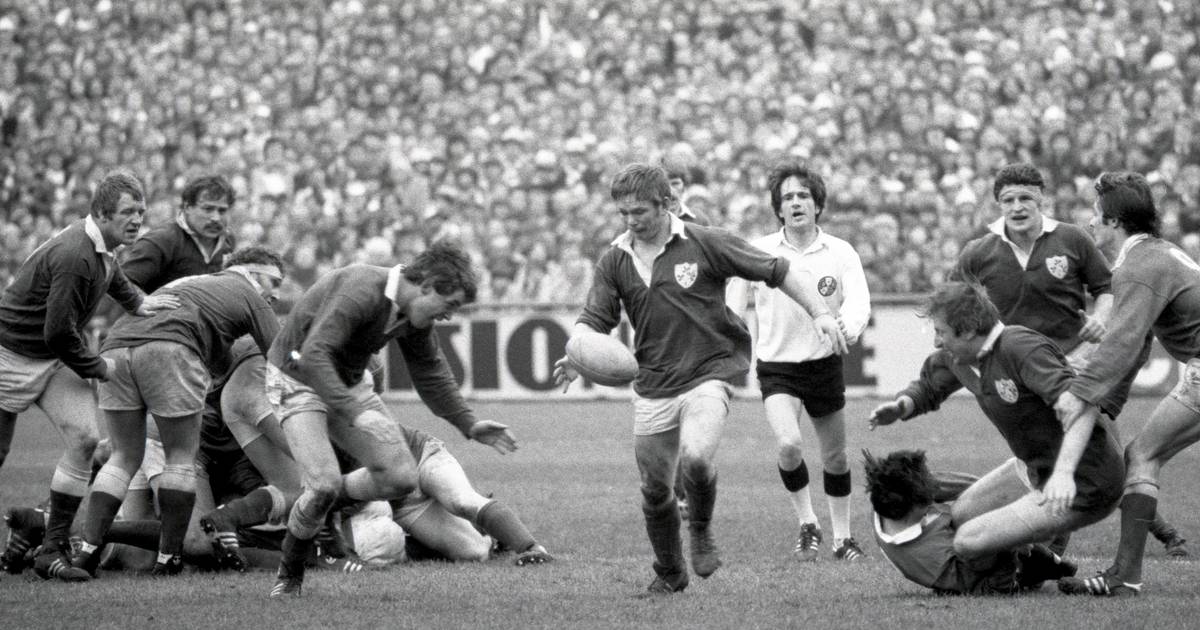 Eddie Butler has kept his word by taking rugby seriously, if not himself – The Irish Times

Last Thursday was a sad, sad day. Bad enough for the King to announce his retirement, after hovering like a butterfly and stinging like a bee for more than two stellar decades at the pinnacle of world tennis, but the news of Eddie Butler’s passing at just 65 was even worse. shocking.

It wasn’t until he passed that you fully appreciated what a wonderfully gifted, multi-dimensional, talented man Eddie was, in addition to just being a lovely man. And what a privilege it was to be part of his extended circle of press colleagues, especially when touring abroad.

It was one thing to be a seriously accomplished number eight for Pontypool, Wales and the British and Irish Lions, quite another to then drift into a career as a broadcaster and one-off journalist via stints as a teacher and working for a real estate developer. He was also a polyglot, fictional and non-fiction novelist, charity worker and campaigner for Welsh independence, and much more.

And it is as the iconic voice of rugby on the BBC, eclipsing even the great Bill McLaren, that he will be best remembered and loved. Because in addition to being intelligent, erudite and articulate, he had a ridiculously lyrical voice. Every time the BBC put on a rugby montage with Eddie’s melodious voice-overs, they were captivating. It could have made reading the phone book absorbing.

The fact that he drifted into commentary as a largely inexperienced broadcaster made it all the better. Because in addition to his mastery of the English language, as well as French and Spanish (which he studied at the University of Cambridge) and Welsh, Eddie brought a reassuring and balanced soundtrack to a game in his absorbing double act with Brian Moore.

Thanks to the BBC, we will always have Eddie’s voice. “The timeless voice of our rugby winters”, as Robert Kitson said in the Guardian last Saturday. And they will no doubt pay a moving tribute to his life and career, even if it’s a poor substitute.

As Malachy Clerkin observed in these pages last Saturday, Eddie’s commentary had a way of both conveying the importance of the Match Six he was commentating on, but also that it was still a bit of a lark too.

With this in mind, in the Observer on Sunday, Paul Rees reiterated one of Eddie’s mottos: “You can take rugby seriously but you shouldn’t take yourself too seriously. In this he was quite true to his word.

It also helped that he had a whimsical way with words, and although his commentary was what set him apart, Eddie wrote far more than he spoke. And he was also a really brilliant writer.

About a decade ago, Eddie quit writing for the Guardian and the Observer, or at least the weekly treadmill of group interviews, press conferences and match coverage, in order to move more time at his beloved home in a remote part of Monmouthshire. with Susan and their six children.

Luckily, Eddie remained a regular fixture in the newsrooms on international days, and after finishing his first fiction novel, he revealed to me with those raised eyebrows, and apparently to his own surprise: “There’s actually lots of sex in it! ”

The turning point in his decision to take a step back from the routine of the newspapers, he once explained to me, was being stuck in a traffic jam on a motorway en route to a Premiership game in the Midlands English on a Saturday afternoon. There and then he decided he had had enough of that grind and duly resolved that he would not do it again, calling his editor the following week to advise him accordingly. “I’ve simply had enough.”

Eddie had never been part of the pack or run with the herd. His slightly idiosyncratic reports, more match pieces really, were anything but formulaic; plus his vision of the game told as a story.

Thanks to our long-standing relationship with the Guardian, The Irish Times often used its distinct prose, and a personal favorite was its article on the 2011 World Cup final at Eden Park in Auckland, when the All Blacks ended at 24 years of injury tripping on the line against a French side who had been hammered by New Zealand and lost to Tonga in the group stage and had a player revolt.

“The All Blacks had a grueling night, which is perhaps no way to start celebrating their victory. But they were made distinctly uncomfortable by France, who were so extraordinarily unrecognizable from their shambolic selves at all the other stages of the tournament we should have known from the start and beyond reasonable doubt that it was inevitable that they would play like this.They remain contrary to the depths of their beautifully unfathomable rugby souls, and we should cherish every mischievous sneer and every sardonic shrug as a mere indication of the beauty to come.

“However, there is still something of an elephant in the room. The referee. Craig Joubert didn’t live up to the global occasion, only the Kiwi event. He was not a 16th man there, as the Eden Park crowd had already claimed that role, an expression of a nation’s will that was not going to be denied.

“But Joubert was not a curious investigator here. He seemed to consider this not a crime scene but a house party and that it would be rude to be too explorer. In short, he refereed France but not the All Blacks. These seven weeks have not been the best for the referees.

It continued, every word was a gem, until he concluded: “It was ugly and it was beautiful, as contradictory as France throughout the World Cup. The All Blacks were the best and they won it at the worst. They deserved everything that was happening to them, the hard way.