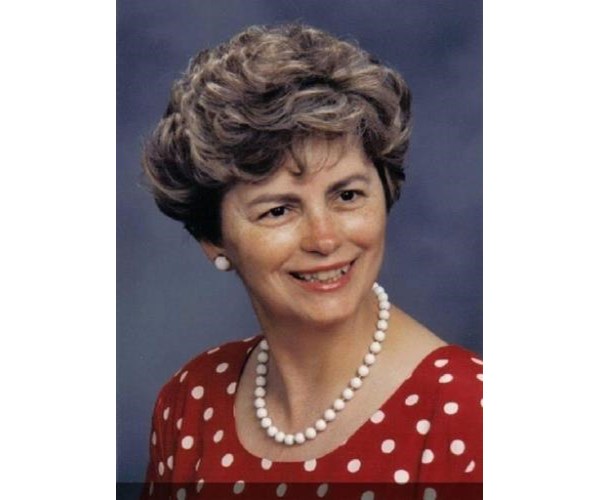 By Albert E. Darnell Last updated Jan 7, 2022
Share
Earla J. Hoke, 80 years old born February 10, 1941 in Huntingdon, Pa. On December 29, 2021 was reunited with her mother, Kathryn M. (Harris), Shirley, father, Harold D. Shirley, brothers, Walter E. Harris , Marshall James Shirley, Uncle Ralph Stapleton, other aunts and uncles, Robert Brennan and her ex-husband Michael A. Brode. She graduated from Saxton Liberty High School in 1959, got married, and moved to Harrisburg to raise her son Brian Brode. After working for several different companies, she began her career with the Bell Telephone Company of Pennsylvania as an operator, moved to directory assistance supervision, and then into engineering where she spent the rest of her career. her career of 31 years until her retirement in 1996. Earla had always been involved in volunteering since she was a Girl Scout, so when she got the chance to promote fire safety with the State Steering Committee for Prevention of fires with the State Fire Department across Pennsylvania, she did so for a few years. then she started clowning as “DING-A-LING” with the Telephone Pioneers of America Harristown Hecklers. She got the name as an operator on the phone list. So after the directory help desk in Harrisburg closed, she began an annual DING-A-LING meeting for retired (or displaced) DA operators that lasted 42 years, until 2019. She joined the Red Hatters as queen mother of the “CANDYAPPLE RED HATTERS” for a group of her friends, all cancer survivors. She held a fair for the residents of Paxton Home where they played homemade games for tickets and then exchanged them for clothes, jewelry and other beautiful items. Then they would play BINGO for more prizes until supper time. Supper was provided and paid for by the Capital Council (barbecue potato salad, coleslaw, baked beans, etc. and HOMEMADE desserts, all served by the volunteers. She and her volunteers worked with Spina Bifita to hanging coats at the Motorama in the Farm Show Building, took Polaroid photos of children and ice axes at the capital’s airport and of course a Christmas party with Santa. Volunteered at the Keystone State Games when they were at Hrbg, parked cars with the TPA when pro golfers were at Hershey. She designed sweatshirts, coffee mugs and tote bags with Vincent Van Gough’s Iris as a fundraiser for the ‘Local AMI who invited the chapter to AMI’s national convention in Washington DC Earla organized 40 volunteers to distribute fruit, snacks, water and Gatorade to 5 rest areas for over 30 years to the MS Bike Tour. Kerry gave him a do a dozen roses and a little souvenir of appreciation at 25 years old. She also gathered half a dozen or more to distribute water, etc. for the Harrisburg Marathon for over 30 years. With the Telephone Pioneers of America, Earla served as chapters and council community chairman and historian for 20 years and as chairman of the council. Earla was named to the TPA Hall of Fame in 2010. She enjoyed riding or walking our float in the Harrisburg Holiday Parade and cuddling. She was with the Sports Jamboree at Fort Indiantown Gap from the start, providing lots of cookies and cakes with all the children’s names and entertainment to dance to. She is survived by her 26 year old husband Charles (Charlie) Hoke III. His sister Patricia L. (Shirley) Brennan, his son Brian Brode, his wife Janet, Charlie’s son Charles IV, his wife Sallyann, his daughter Margaret (Hoke) Meck, 9 grandchildren, 5 great grandsons and several nieces, nephews, cousins, aunts and uncles. Earla survived 2 different episodes of cancer, 7 back surgeries and knee replacement surgery, but couldn’t recover. Earla is a member of the Calvary United Methodist Church at 4700 Locust Lane Harrisburg, where she was a founding member of Calvary UM Woman. A memorial service will be held on Saturday January 15 at 11 a.m. with tours starting at 10 a.m. Don’t forget your masks. A memorial service will also be held on Sunday January 16 at 1 p.m. with prior visits to God’s First Church in Saxton. Don’t forget your masks. www.pennlive.com/obits

Poway Town Hall Closes to Public Due to COVID Infections

Why aren’t long-abandoned Japanese hotels being dismantled, even after the…

Need a COVID-19 test in Deming after the holidays?