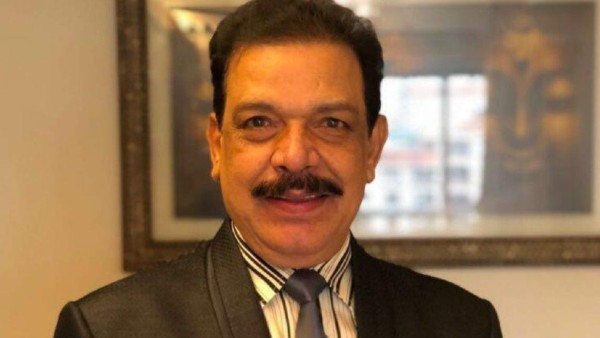 Q. You made your full debut in the Hindi film industry with David Dhawan’s film

Shola Aur Shabnam
in 1992 after an appearance in

Saudagar
(1991). How did this Govinda-Divya Bharti star come to you?

A.
In fact, the first film I had signed was that of Ketan Mehta

Sardar.
However, I call Shola Aur Shabnam my first movie because it came out before that. I was shooting for Sardar in Gujarat when I had a short break and returned to Mumbai. During my theater days when I was associated with the National School Of Drama in Delhi, I had the opportunity to work with good actors and perform great plays. I had created a pictorial file of all this work. I knew that when I arrived in Mumbai no one would recognize me until I told them what work I had done.

At the time, like any wrestler, I had prepared a list of about 150 directors I wanted to work with. I looked up numbers for directors and producers in the phone book and started calling them from 9am for an appointment from a phone booth.

I learned that Pahlaj Nihalani was planning three films, so I called him too. He asked me to come to Mehboob Studio to meet him. I went over there and showed him my working pictorial folder. He was impressed with it and told me to keep in touch for his next film

Shola Aur Shabnam.
A month later, he entrusted me with the narration of this film and offered me the role of a corrupt cop. He also informed me of the casting of the film. The mahurat shooting of this movie took place in Film City. My first scene was with Govinda. It was overall a good experience. I will always be grateful to Pahlaj Nihalani for giving me my first film and to David Dhawan for presenting my character so well in Shola Aur Shabnam.

Q. Throughout my growing years, I have mostly seen you play negative roles; whether in movies like

Virasat
and many more. However, they never appeared monotonous on screen. How did you manage to get out of it?

A.
I learned this craft during my training at the National School of Dramatic Art where I was taught the importance of characterization. For example, each character has an ‘on’.

“Har vyakti ka bhaasha aur lehja alag hai.”
If someone worked or studied a few points like these on the characters, it would help them to make each role different from each other. It would look compelling and people could relate to them.

Even today, whatever roles I am offered, I immediately start my research on them. I prepare a sketch in the first narration itself. Then I try to figure out if the character looks like someone around me so I can identify with them. Once this connection is established, I begin my observation process. Today, these things can be documented in videos for reference. Previously, we would go and stay with people to observe them and absorb their characteristics and traits in the roles we played. This is my approach as an actor.

Q. Some of your contemporaries like Anupam Kher and Shakti Kapoor dabbled in both negative and comic roles. However, we never saw you enter the space of humor. Have you ever felt like the industry cast you as a villain?

A.
I took negative characters by choice and I refused positive roles (laughs). It is my observation that in Hindi movies there are only three main characters: the hero, the heroine and the villain. Others are secondary. Neither are they focused nor receive any spotlight. They are mainly used as fillers. Of course, things are slowly changing now. But before, it was different and I didn’t want to enter the second row.

I admire actors like Pran and Amrish Puri who did commendable work as villains and later, by choice, took on positive characters in films where they had meaty roles. I follow in their footsteps. You must have seen that in my movies like

“Dilip Kumarji would easily portray every emotion on screen”

Q. You have always mentioned in your interviews that you consider legendary actor Dilip Kumar to be your guru. What is one thing about him that has left a lasting impact in your life?

A. “Unke adaagiri ka on ekdum alag thha.”
No actor could match that. It was a unique thing about him. He used that acting prowess that made it easier for him to evoke emotions in people. He had a different way when it came to creating emotions. This was also reflected in his dialogue delivery. Even if he said a dialogue softly, it would seem meaningful and filled with emotion; whether representing anger, sadness or happiness on screen. He could easily portray every emotion. So, I learned those things from him with constant practice to appear more natural on screen.

I also learned from him how to bring emotions into my speech. A writer simply writes text. After that, the test begins for an actor on how well he is able to fill them with emotions.

Lajja
where you grabbed the public’s attention even during your limited screen time. You have teamed up with Rajkumar Santoshi on many films like

Ajab Prem Ki Gazab Kahani. How has your equation with him evolved over the years?

A.
Not only him, I also did a lot of movies with Ram Gopal Varma. Sometimes a director likes the way an actor works and his thoughts and the way he works aligns. This reduces the manager’s load. They share a certain level of comfort. My case is similar.

I did several projects with filmmakers like Priyadarshan, Ram Gopal Varma and Raj Santoshi. I did three films with Prabhu Deva. So it depends on how your thoughts merge with the director’s and whether you match their expectations of you. This plays an important role in the relationship between an actor and a director.

Q. The definition of negative characters has changed over the years. The roles are no longer in black and white and are mainly oriented towards the gray area. We no longer have larger than life villains like Gabbar Singh, Mogambo or Dr Dang in Hindi movies. What is your take on this changing scenario?

A.
I take this change positively. Today, everything is realistic cinema. If there is realism in your content, presentation, and acting, people today can easily relate to them.

It used to be that larger than life villains were written with the element of entertainment in mind. They have been characterized in a certain way so that the public finds them interesting. They were negative but also entertaining at the same time.

By now, we all have gone global and are familiar with Western content. Today’s generation watches great content and realistic acts from all over the world. So they want the same in our cinema too. All these efforts have brought OTT platforms to the fore and they are also successful. This also reflected on the negative characters. Every person is not black and white. When negative personas are presented in a gray manner, people are able to identify with them more. If people watch the first movies today, they will laugh about it.

Q. But those iconic negative characters are still etched in people’s minds…

A.
It’s because of the way these actors played these roles with sincerity and conviction. They left an indelible impression on people’s minds. They are entertaining and the actor’s efforts are easily seen in these characters as well.

Q. Do you miss the exaggerated cinema of the 90s today?

A.
Previously, whether an actor acted, a director directed, or a writer wrote a film, there was a common feeling and passion among everyone that their work should have the desired effect on the audience. .

Q. Speaking of your upcoming projects, you have

Bhool Bhulaiyaa 2
in your chat. Are you excited for these two films?

A.
There is more improvement and maturity in

OMG 2
when it comes to us and the creators. Besides these two films, I also

The Battle of Bhima Koregaon
future. I also do Deepak Mukut

Bal Naren. I have five outings this year. There are also two webseries. I also play the role of Adolf Hitler in

Alien Frank.
I wouldn’t use the word “excitement”. Instead, I would say I’m very happy.

Q. You work with many new talents; be it Kartik Aaryan and Kiara Advani in

Bhool Bhulaiyaa 2
or Taapsee Pannu and Pratik Gandhi in

Woh Ladki Hai Kahaan. How would you sum up your experience working with them?

A.
Earlier I had heard things like Kartik Aaryan and Kiara Advani living in their own world.

“Badon ka respect karna yeh sab cheezon mein manate nahi hai.”
I had no idea how I would react if they behaved like that with me (laughs). But, they gave me so much respect on the first day itself.

As soon as I reached the plateaus, they got up. When I was introduced, they told me they knew my work and had watched a lot of my movies growing up. We worked on scenes together. We improvised together. It was a family atmosphere on the sets. So, the perception I had of them in my mind was suddenly shattered.