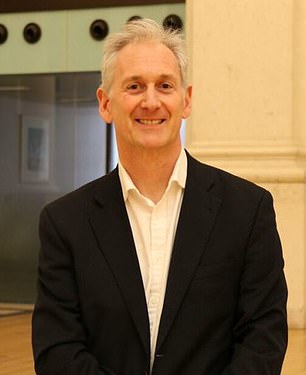 “I lost £ 132,000 from my retirement pot due to ‘toxic’ bond: TONY HETHERINGTON investigates

Tony Hetherington is the Financial Mail on Sunday investigator, fighting readers’ corners, revealing the truth behind closed doors and winning victories for those left behind. Find out how to contact him below.

GJ writes: In 2018, I withdrew £ 115,000 from my Jaguar Land Rover pension fund and put the rest in a Sipp with the Huntsman Hawkes wealth managers.

They asked platform company Ascentric to put just over £ 132,000 in a corporate bond. Huntsman Hawkes fell apart and my replacement company Sipp said they didn’t want anything to do with corporate bond because they felt it was toxic.

The bonds have since been written off and I may not get my money back.

Tony Hetherington replies: This has been one of my most complicated investigations for a long time, with a distribution list threatening to become as big as a phone book, so please excuse me if I compress some of the complicated details.

Getting out of a defined benefit pension plan is hardly ever a good idea, but you wanted a package for family reasons, and switching to a Sipp got you out of it. You consulted The Advisor Partnership Limited, a company listed on the Financial Conduct Authority’s public register, which introduced you to Huntsman Hawkes Limited, also licensed by the FCA. However, in 2020, The Advisor Partnership was compulsorily deregistered by Companies House.

Huntsman Hawkes reviewed your finances and recommended a Sipp administered by Ascentric Platform, but with investments managed by another company, Clear Capital Management LLP.

Oddly enough, it was Huntsman Hawkes – not Clear Capital Management – who asked Ascentric to put a huge chunk of your pension money into loan notes issued by Corporate Finance Bonds Limited, then listed on the Dublin stock market but since delisted. .

In August 2019, Huntsman Hawkes collapsed in administration and in the same month Clear Capital Management was revealed to have been the target of an FCA investigation and halted nearly all of its activities before being struck off. ex officio by Companies House in June of this year. In fact, only Ascentric, who was just doing administrative work, escaped unscathed.

So where does that leave your loan notes? These were swallowed up in the Recovery Notes of another company, Heritage Corporate Finance, a specialist firm that manages the orderly liquidation of financial instruments that go wrong. And her boss, Marc Ainscough, told me that your credit scores “weren’t suitable for retail investors and weren’t available to them.”

However, Martin Vaughan, who ran Clear Capital Management, explained that he had only developed “model portfolios” containing a range of different investments. He told me, “The suitability of the model portfolios for each client has been assessed and determined by the financial advisor.

That financial advisor was Dean Foreman of Huntsman Hawkes. But he told me he believed the Model Portfolios held “standard assets” suitable for ordinary investors, and that what went into those portfolios belonged to Clear Capital Management. In short, he seems to have looked at the title tag, not what went into the heavily laden corporate IOUs portfolio.

The result is as if Clear Capital Management were making a gun, but it was Huntsman Hawkes who pulled the trigger; you were just the victim, trusting the professionals.

Something else may be worth your loan notes, although it won’t be known until at least next year, but chances are you’ve lost more than the Financial Services Compensation Scheme cap of £ 85,000.

Your consulting firm was Huntsman Hawkes, so I asked Principal Dean Foreman to comment on which insurer provided their professional liability coverage as it may be of benefit to you. He replied, “I’m afraid I can’t remember who our IP insurance was with. It all happened two years ago, he added.

It is likely that the FCA files hold the answer for both Huntsman Hawkes and Clear Capital Management, so I asked the regulator for details. It was in May, five months ago. Answers were promised but never arrived.

Your next stop has to be the compensation system, which could open FCA cases, failing which you have grounds to file a complaint against the FCA itself.

Why does Mercer continue to obstruct his payments?

Mrs AG writes: I retired in August after working at Morrisons for 16 years, and a month earlier I asked Mercer, the company that runs the Morrisons pension plan, to say I wanted my little pot of retirement in the form of a lump sum.

I was expecting the money when I retired, but received nothing. 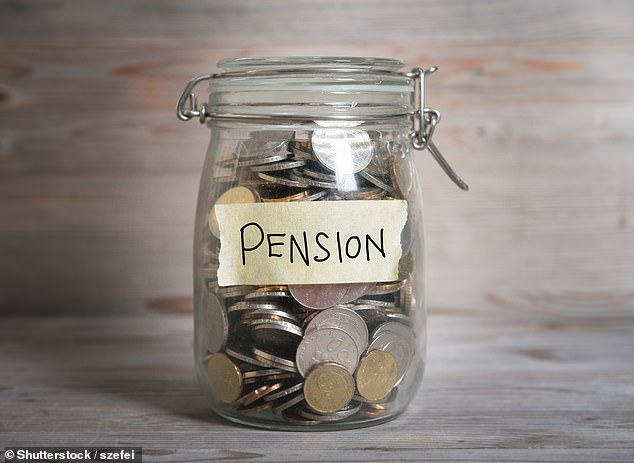 Struggle: Getting Info From Mercer Was Like Extracting The Teeth Of An Unhappy Crocodile

Tony Hetherington replies: You told me that you emailed Mercer, but only received an automatic reply that someone would contact you. And when you threatened to go see the pension mediator, Mercer replied that he would pay you in a few weeks. As you told me, “If I was still working for Morrisons and not being paid on time, that would be unacceptable, so why should this conduct of Mercer be any different?” It’s a good question, but there is no answer. When I contacted Mercer, he replied a fortnight later, saying that you had now been paid.

Despite being a large retirement company, Mercer is in the form for it. Last March I reported that he withheld a widow’s pension, demanding that she pay back £ 208, claiming he overpaid her late husband.

Getting information from Mercer was like extracting the teeth of an unfortunate crocodile, until the firm finally admitted that the £ 208 had never been paid in the first place. If my labor pension were in Mercer’s hands, I think I would change jobs.

A new home loan affected by a leave

SA writes: My daughter is buying a new house and has asked Nationwide to “carry” her current mortgage on the new property.

However, as she is currently on flexible leave, Nationwide declined her request.

Tony Hetherington replies: Your daughter is no longer on leave, but even when she was not working normally, her job as an air traffic controller was safe. Nationwide told me that when she applied for the new mortgage, her existing home loan was £ 224,000 and she needed an additional £ 35,000. However, she was mistakenly told that she could transfer her mortgage online and that Nationwide would accept leave income. In fact, Nationwide did not take leave income into account when considering a new mortgage application. He offered her £ 100 as an excuse for the mistake.

Nationwide reconsidered her decision after contacting the company, and she said she would approve your daughter’s loan after all and leave her the full £ 259,000.

However, by that time you had provided your daughter with some of the funds she needed and she had received a mortgage offer from Santander for the full amount.

If you believe you are the victim of financial wrongdoing, write to Tony Hetherington at Financial Mail, 2 Derry Street, London W8 5TS or send an email to tony.hetherington@mailonsunday.co.uk. Due to the high volume of requests, personal responses cannot be given. Please send only copies of the original documents, which we regret that we cannot be returned.

Some links in this article may be affiliate links. If you click on it, we can earn a small commission. This helps us fund This Is Money and keep it free to use. We do not write articles to promote products. We do not allow any commercial relationship to affect our editorial independence.

Towards a zero waste world

echoes of the past | Chesterton Tribune